The latest news directly in your inbox

Stay up to date in our fight against plastic pollution and get the latest news and knowledge about a world without plastic.

#StopShippingPlasticWaste – Maersk should lead the way

Ending waste exports from rich to developing countries is critical to reducing plastic pollution in the environment and protecting communities from the impacts of plastic waste trade. Several shipping companies transport plastic waste from wealthy economies to weaker economies. One of the largest of these companies is the Danish shipping giant Maersk.

How Maersk and western countries contribute to the plastic crisis

Maersk transports thousands of containers with exported plastic waste from Europe, Japan, and the US to countries such as Indonesia, Malaysia, and Turkey.  Many importing countries are ill-equipped in terms of infrastructure to handle their domestic recycling, let alone dirty and low-quality plastic waste from other countries.

So often most of the plastic waste ends up being dumped in the environment or burnt with great consequences for the environment, climate, and local communities that are exposed to increasing amounts of plastic pollution, threatening their livelihoods and affecting their health.

So while Maersk complies with current legislation for waste shipping, it ends up being drawn into the illicit plastic waste trade marked and unwillingly supporting plastic waste trafficking.

We want Maersk to take a stand and commit to stop shipping plastic waste on their ships to weaker economies.

Maersk has been a first-mover before

In 2010, Maersk was the first shipping line to commit to stop shipping shark fins on board their ships. Following this, the majority of the industry followed in Maersk’s footsteps and introduced similar commitments. There is still illegal trade and transport of shark fins, but Maersk’s announcement was an important signal and an important first step in relation to the rest of the industry and in relation to supporting the initiative with the necessary legislation. Back then, Maersk did not hide behind the legislation but took the lead in an area where there was a need to take responsibility.

Maersk’s contribution to protecting the oceans and the plastics crisis is also in conflict with Maersk’s own sustainability promises, business ethics, and CSR policy. The shipping company must translate words into action both in terms of the environmental consequences of transporting plastic waste that ends up in nature or as marine waste and in relation to the severe negative effects on human life in local communities.

Understand the plastic waste transportation through our FAQ. 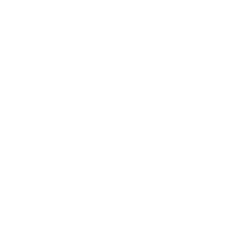 In February 2022, the French shipping company, CMA CGM GROUP, announced that it would stop all transport of exported plastic waste from 1 June 2022. They are the third-largest shipping in the world.

They no longer wanted to risk contributing to the illegal multi-million euro waste trade industry with enormous consequences for human health and wellbeing in some of the world’s most vulnerable regions.

Countries in the North and South are fighting side by side

In the debate on plastic pollution in the ocean, the importance of the trade with plastic waste is often overlooked. Therefore, we believe that it is crucial to stop waste exports from rich to weaker economies in order to reduce plastic pollution and protect communities and people from the negative effects of the plastic waste trade.
This is why environmental organizations all over the world from North to South are mobilizing to stop plastic waste shipments and waste colonialism.

In a jointly coordinated campaign launched on World Ocean Day 2022, 15 organisations have joined forces on the #stopshippingplasticwaste campaign. There are 9 countries in the campaign, three representing exporting countries – the USA, UK, and Denmark – as well as five countries in the global south that are exposed to plastic waste dumping – The Philippines, Malaysia, Vietnam, Indonesia, and Thailand.

The 15 organisations participating in the campaign are:

The 15 organisations participating in the campaign are:

Beyond Plastic urges to write directly to Maersk

A newly launched campaign by the US-based organisation Beyond Plastic urges you to send a pre-written letter directly to Maersk to urge them to Stop Shipping Plastic Waste.

Questions about transportation of plastic waste

In 2018, China stopped importing the world’s plastic waste for recycling as most of it ended up polluting the country instead. China’s import ban sent the world out into a global plastic waste crisis, which we still have not managed to deal with.

Following China’s ban on the import of plastic waste, the illegal waste trade has increased significantly. A report from the EU, published in 2021, shows how otherwise legitimate companies are used for the purpose of organized crime. Here, a loophole in the legislation is used to export plastic waste out of the EU to countries with weaker economies and ill-equipped waste management infrastructure. This occurs partly because certain types of low-quality plastic are hard to treat and partly because it is difficult to monitor what happens to it once outside of member state territory.

In addition, waste crime is a lucrative business.  It is estimated that in 2019, the income from the illegal waste trade market in 23 EU member states was close to 15 billion euros. Interpol is also aware of the rising waste crime and the extensive environmental consequences hereof.  In a report from 2020, they showcase how the increasing illegal waste trade transport is redirected to Southeast Asia via a multitude of transit countries, serving to camouflage the origin of the transported waste. The report furthermore points to a connection between criminal networks and otherwise legitimate companies. In these cases, companies responsible for different types of waste management are used to cover up illegal activities through economic crime and forgery.

The global trade with plastic waste is mirrored in the growth of global plastic production. By exporting waste high-income countries with large consumption of plastic avoid the direct social and environmental consequences of these consumption patterns, leading to a higher demand thereby increasing the production of virgin plastic.

The social, medical, economic, and environmental consequences of plastic waste trade are detrimental to recipient countries – and halt their own development of better waste management infrastructure.

Social and medical consequences: Exposure to toxic chemicals, contamination of the food chain, antibiotic resistance, aggravation of natural disasters, and safety at sea. An analysis of eggs from free-range hens sampled from two locations in Indonesia where imported plastic waste is dumped and used as fuel or incinerated to reduce the amount reveals that the food chain is being poisoned.

This addition introduces a system of “prior informed consent” for all exports of plastic waste that is contaminated or difficult to recycle, which means that countries receiving plastic waste are allowed to refuse low-quality plastic waste before it has even been shipped.

Unfortunately, the addition of “prior informed consent” from the recipient countries has not been sufficient to stop the export of plastic waste. This is primarily due to the fact that much of the trade takes place in the illegal waste market. See the section on the illegal market.

rom the EU’s side, there is a need to stop transporting plastic waste out of Europe. It is our waste and our responsibility. The EU is in the process of the revision of the Waste Shipment Regulation.

Our 5 main recommendations that we would like the EU to consider in this regard are:

We cooperate with Rethink Plastic Alliance on our recommendations for the revision of the Waste Shipment Regulation. A full overview of the recommendations can be found here.

The European Commission has carried out impact assessments that include estimates of the number of jobs and revenues that can be preserved if the EU keeps plastic waste within the EU’s borders. The Commission has estimated that if all plastic waste is detained in the EU by 2030, there will be an economic gain of EUR 927,086,799. Source: Table I.1

Back in the autumn of 2018, Plastic Change and the Danish broadcasting company TV2 reported that Danish plastic waste, sorted by Danish consumers, which had been sent for recycling, had ended up in a  Malaysian landfill. Sufficient data to prove specific waste trade routes are rarely available. It is, however, likely that the Danish waste ended up in Malaysia via one of the many routes from German recycling facilities and transported on container ships such as Maersk. Since then, we have also found Danish plastic waste in Turkey.